Blues from the Great Plains 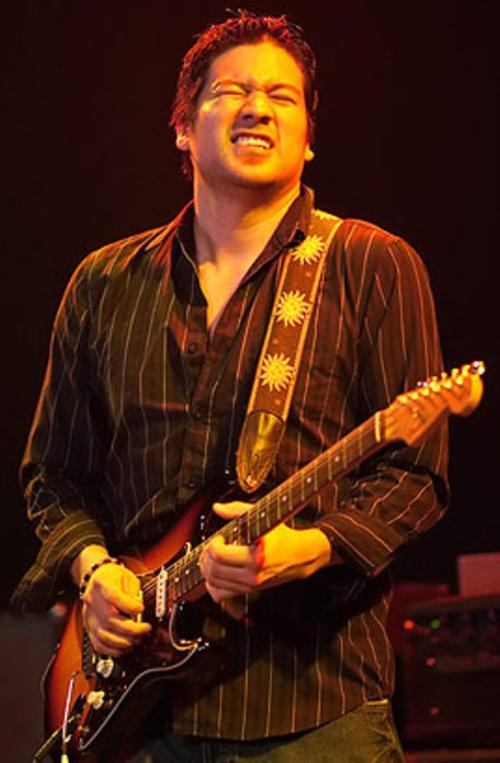 When we think about the Blues, we rarely connect this musical style with the people that first inhabited America. Yet, the rhythms of the Native Americans come to light in New Orleans music, the famous Blues singer and guitar player Charlie Patton, “Father of the Delta Blues”, was of Choctaw heritage, like Howlin’ Wolf; Scrapper Blackwell, Champion Jack Duprée, Ben Harper and the champion of the electric guitar Jimi Hendrix, all had Cherokee heritage. If we broaden our view to other musical styles, we find other Native Americans, as Buffy Sainte Marie, Tori Amos and Rita Coolidge (Cree), Robbie Robertson (Mohawk), Link Wray (Shawnee), Willy DeVille (Pequot), Jesse Ed Davies (Kiowa), Oscar Pettiford (Choctaw-Cherokee), just to mention the better known ones.

The Native Americans who better captured the fantasy of European origin people are those known as Sioux, a coalition of tribes which ruled the central plains from the Platte River to the Canadian border. To this people singer and guitar player Mato Nanji (Standing Bear) belongs. He founded his band The Indigenous toward the second half of the 1990s and started to be known in 1998, through intense touring. Mato Nanji was born and grew up in the Indian Reservation of Yankton, in South Dakota and received his musical education from his father, member of the band The Vanishing Americans and respected spiritual guide and spokesperson of his people. Through his father’s records, Mato got to know the Blues and was influenced mainly by Stevie Ray Vaughan. The original band consisted in his sister Wandbi on drums, his brother Pte on bass and their cousin Horse on percussion. They soon had great success and their first album, “Thing We Do” (Pachyderm Records, 1998), was elected best Blues album of the year; they also won the Native American Music Award as best Blues and Pop band of the year. The following “Live At Pachyderm Studios” won the same Grammy in 1999 and in 2000, while “Circle” (Pachyderm records) reached the third place in Billboard’s Top Blues Albums.

To continue reading this article buy it in PDF format using PayPal (€ 0.80)